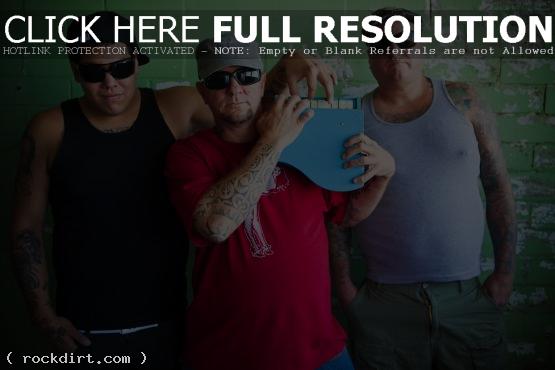 Currently at work at El Paso, Texas’ Sonic Ranch studio with producer Paul Leary, Sublime with Rome will release their label debut album this summer, with plans for a single to hit radio airwaves later this spring. Details of a North American tour will be announced shortly.

Sublime with Rome singer/guitarist Rome said: “Everything has been going amazing in the studio. The music has been coming along great, and we’re confident that we’re making a record that will stand the test of time. We can’t wait for the fans to hear it, and are already planning a world tour to bring it to them live.”

Troy Nowell-Holmes, widow of original Sublime guitarist/vocalist Bradley Nowell, stated: “Sublime with Rome earned the fans’ approval with their live performances by showing it was never about replacing or forgetting Brad – it was about celebrating the music. And now the next chapter begins. Rome is such a great songwriter and with Bud and Eric’s amazing talent to back him up, Sublime with Rome will thrive and shine in its own right. I can’t wait to hear the new material because I know how talented they all are.”

In related news, Sublime with Rome will be streaming live from the studio on Monday, March 21 at 6pm PST/9PM EST. Fans can access the live stream at the band’s Facebook page and get insight into the recording process behind one of the most anticipated albums of the year.