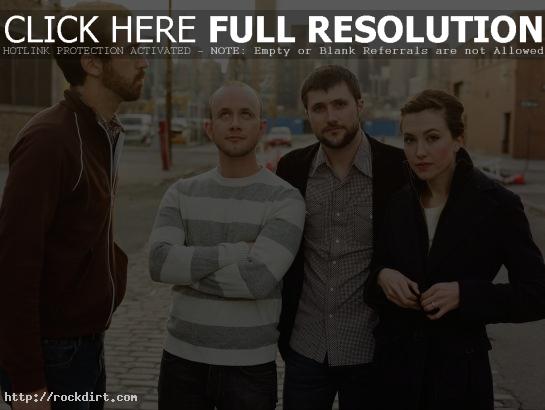 IndieRockReviews.com caught up with John Nolan and Shaun Cooper in Straylight Run before their El Corazon show in Seattle. The pair talked about how their live performance is now, their future goals being survival while staying true to their roots, the best advice they’ve got – from their manager – was to view their career as a marathon and not a sprint – only to have him quit on them a few months later, not wanting KISS played at their funeral, bassist Will Noon rarely doing interviews, and more.

“One thing that gave me confidence, years ago, we saw The White Stripes play in Detroit,” Shaun explained. “It was when ‘Fell In Love with a Girl’ first came out and was just starting to get a little airplay. Anyways, it was one of the most god awful shows I’d ever witnessed. It was so bad. Everthing sounded like garbage, and I was like, ‘As long as what I’m doing live sounds a little bit better than that, I might be alright.’ That’s the difference between The White Stripes in 2002 and Radiohead. They were on different planes.”