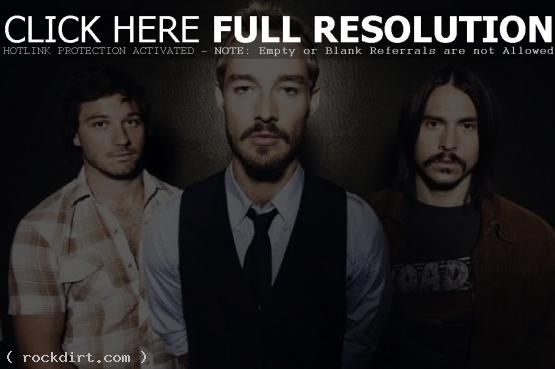 Silverchair checked in with fans on their Facebook on Wednesday (May 25) to announce they are putting the Australian band into “indefinite hibernation”. Daniel Johns, Chris Joannou and Ben Gillies write:

We formed Silverchair nearly 20 years ago when we were just 12 years old. Today we stand by the same rules now as we did back then … if the band stops being fun and if it’s no longer fulfilling creatively, then we need to stop.

Therefore after much soul searching we wanted to let you know that we’re putting Silverchair into “indefinite hibernation” and we’ve decided to each do our own thing for the foreseeable future.

We assure you that this decision has not been taken lightly. In fact we’ve been struggling with it for quite a while now.

Back in 2009 we went into the studio to start work on a record. Initially things were going well and as a result we did some shows in 2010 to maintain creative momentum. However, over the months that followed in the studio it became clear to us that we were moving in different directions. Despite our best efforts over the last year or so, it’s become increasingly clear that the spark simply isn’t there between the three of us at the moment.

As a result we’ve decided to put the band into ‘a deep sleep’ while we all do other things that we find more inspiring right now. This means that Silverchair won’t be making music together or playing shows any time soon. It also means that the three of us won’t be working together unless and until it feels right again.

Check out the entire message here.

May 25, 2011 rockdirt News No Comments Silverchair