Sick Of It All ‘Nonstop’ Compilation Album Out November 1st 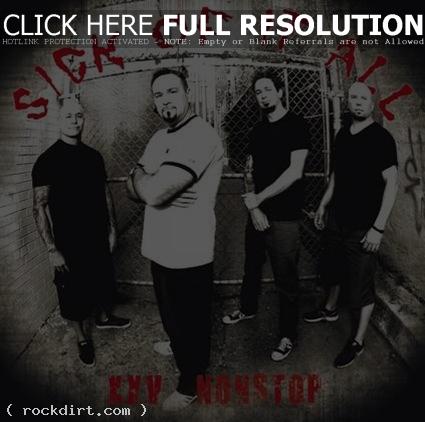 Sick Of It All have announced their new album ‘Nonstop’, a compilation of re-recorded classics, will get a release on November 1st via Century Media Records. The compilation will celebrate the New York band’s 25th anniversary and was put together with help from Tue Madsen at Antfarm Studios. Drummer Armand Majidi commended the Danish producer, who also worked with them on ‘Death To Tyrants’ and ‘Based On A True Story’: “This whole thing is happening partially because of working with Tue Madsen – the man who has finally made SICK OF IT ALL sound the way we should in the studio.”

The band further comments on the ‘Nonstop’ project: “It was a fun recording session, and a relatively easy one because we’re so used to playing so many of these songs live. They’re like second nature. Most of these songs make their way into our live sets all the time, so they’re current – they reach new ears and are constantly refreshed by their exposure to a brand new audience. It’s not like they had to be dusted off. We changed tempos mostly and some of the arrangements, but we didn’t want to do anything too drastic. We wanted to keep most of the songs true to the originals, but with a more powerful sound that we feel makes them all they can be.”

September 15, 2011 rockdirt News No Comments Sick Of It All