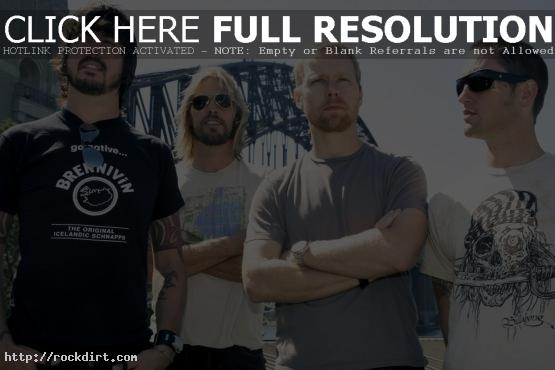 Shirley Halperin of Entertainment Weekly tagged along with the Foo Fighters from Los Angeles to London to Las Vegas, finding out what it’s really like to be in one of rock’s most tireless bands. Frontman Dave Grohl said that the band’s performance at the MTV Video Music Awards came with a string attached. “At first, [MTV] was like, ‘We really want you to play.’ Yay! Awesome, we’ll play.” he explained. “Then a month later, [they say], we also need for you to jam with someone who’s young because, well, you’re old… So these are the people they’d want us to play with: Alicia Keys, Kelly Clarkson, T.I…” Read more and watch video here.