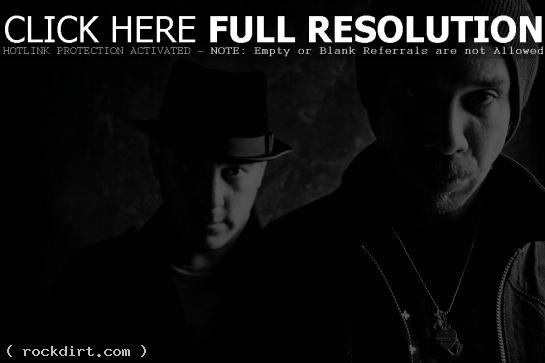 She Wants Revenge frontman Justin Warfield tells Cincinnati City Beat that he has no animosity toward any of the staff at Geffen Records after the band was released by the label, suggesting he knew their major label deal would be temporary. “I think the point where it really started to go bad was at the end of the tour for our first record, and we wanted to open for this great band, Placebo, in Europe,” Warfield explained. “It was a great opportunity, we had played some great sold-out shows in Europe already and we had even more fans since then who had heard us online. But it was the fourth quarter of the business cycle and Geffen basically pulled our touring support. Nobody ever said the name ‘Gwen Stefani’ but we knew that’s where the money went, and if that was how it was going to be when we were on the radio every day, we knew they really wouldn’t be there for us when we (weren’t on the radio so much). It’s a very short-term business model, like a government who refuses to sign the Kyoto treaty because they don’t think global warming will affect them or their children. It was just clear there was no room for little bands like us. But now we make our own future. Geffen helped us find our fan base and we still have that.”

The full story at citybeat.com has since been removed.