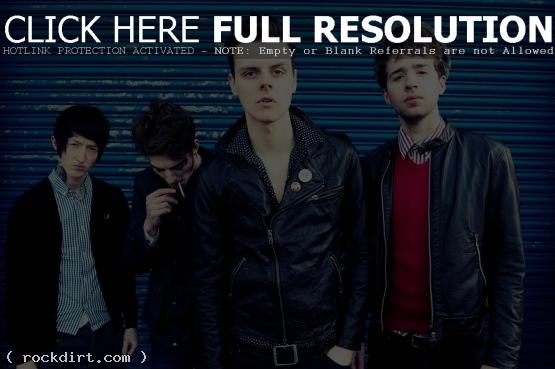 Sharks are set to release their U.S. debut ‘The Joys Of Living 2008-2010’ on Tuesday (April 5) in a unique partnership between their own label Velvet Scene and Rise Records. The 14-song album is actually a compilation of sorts, showcasing the band’s first 2 years worth of recorded material (‘Shallow Waters’ and ‘Show Of Hands’ EP’s and the ‘Common Grounds’ single) as well as 2 brand new songs. The UK band are going to be on the entire Vans Warped Tour this summer. Before that, they’ll be touring with Social Distortion and Chuck Ragan.