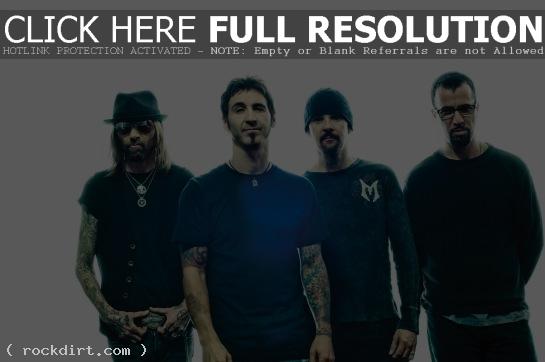 Shannon Larkin of Godsmack sat down with Backstage Axxess, where he talked about debuting at #1 on Billboard for the third time with ‘The Oracle’, thinking the new CD is their best yet, recording drums on the album track-by-track instead of doing them all at once, if there is a person (ie. Nikki Sixx) behind ‘Cryin’ Like A Bitch’, loving to play funk music, and more. “August we’re gonna do some festivals,” Larkin said. “We’re gonna go out and play Sturgis again this year, which is always fun. We’re Harley guys. Then we’ll take September off. October and November, we’re gonna do a proper tour in America probably indoors, put together a cool package and get a couple other killer bands to make it worth the fans money. We’re excited about it. We let the record, ‘The Oracle’ get out there, so hopefully by taking the summer off our fans will start to know the songs to that it’s not, ‘Oh there’s playing a new song, time to get a beer.’ We want them to know this record, so that when we play we can play some deep cuts.” Watch the interview via YouTube below the cut.