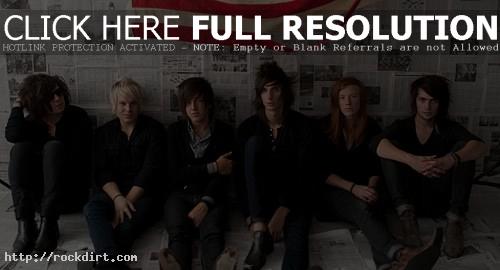 Rocky Loves Emily are hitting the road with Sparks the Rescue and Aristo, on the Surrender Your Booty Tour, presented by The JW Agency. The Detroit pop punk outfit will be out in support of their new Tooth and Nail Records album, ‘Secrets Don’t Make Friends’.

Produced by Matt Grabe (The Maine, The Summer Set) the new album displays much growth since RLE’s 2010 ‘American Dream’ debut EP. As guitarist Andrew Stevens explains, “The band grew into who we are as people between the EP and this album. We figured out who we are and put it into music.”

Singer Brandon James Ellis added, “We just wanted more real songs. Stuff from the heart about the things we were going through as people. It’s an album we can all be proud of.”