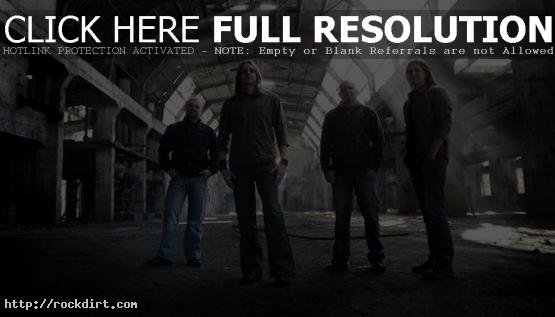 Riverside signed a new worldwide deal with InsideOut Music, and the band is currently working on a new studio album for release in early 2013. The upcoming album is the much-anticipated full-length follow-up to 2009’s ‘Anno Domini High Definition’, which entered the charts at No. 1 in Poland and attained Gold status in the band’s home country.

The progressive rock band from Warsaw, Poland had this to say about the new deal:

We’re very pleased that we’ll keep collaborating with InsideOut/Century Media. We’ve overcome many difficulties together and we hope that the new contract, signed at the moment when we start another decade as a band, will help us to grow more, and will make us able to reach a larger number of listeners with our music. The new album is on the way. I believe it will be a new beginning for Riverside.

Riverside is one of the most important bands on InsideOutMusic and in the current Progressive Rock scene. Therefore I am extremely pleased to be able to renew and continue the relationship with our friends from Poland!