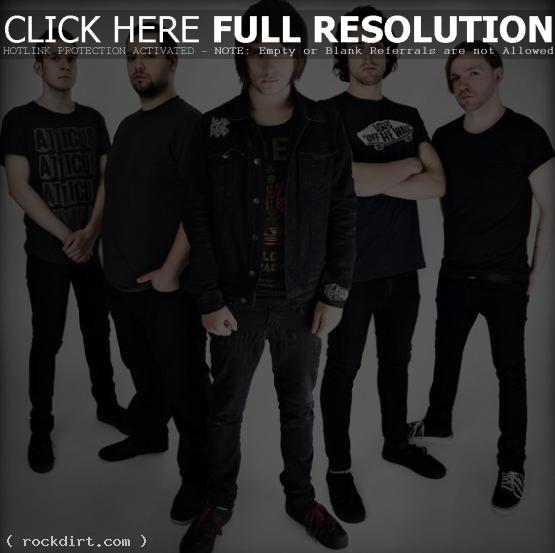 Rise To Remain is returning to action with a blistering new track entitled ‘Heartless’. The track is available as a free download, at risetoremain.com. ‘Heartless’ is one of four additional tracks the band has recorded for inclusion in the U.S. version of their debut release ‘City Of Vultures’, which hits stores across in America on June 5th.

The London based metalcore band also announced the full time additions of bassist Connor O’Keefe and drummer Adam Lewin on drums. Lewin participated in the band’s recent UK headlining tour. The brand new line-up hits the road with a set of British shows before festival performances in Spain (Sonisphere) and Germany (Rock am Ring).

On June 8th, Rise To Remain will play the legendary Download Festival for the fourth year running. This year, the band has graduated to a main stage slot. After Download, they make their way overseas to America for the first time ever, to embark on the Vans Warped Tour, which sees them playing 40 different cities in North America over the period of three months. A full list of dates can be seen below.

May 23, 2012 rockdirt Concert, Multimedia No Comments Rise To Remain