Rise Against ‘Hero Of War’ Video Making Of 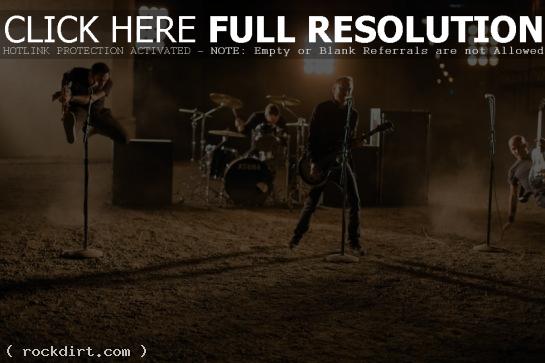 Rise Against has posted footage from the making of the video for ‘Hero Of War’, the latest single from the punk rock group’s fifth album ‘Appeal to Reason’. “I think in a lot of ways, there’s a shock value to the song,” Tim McIlrath says in the video. “As soon as people realize unlike the title ‘Hero Of War’, the song isn’t necessarily glorifying a hero of war, but something different, there are people who are definitely miffed by that right away. It’s like, ‘This isn’t a song glorifying the army and my service to my country. F this song.’ Then there are soldiers who are like, ‘I can’t believe you wrote this song, it says exactly what I feel.” Watch it via YouTube below the cut.