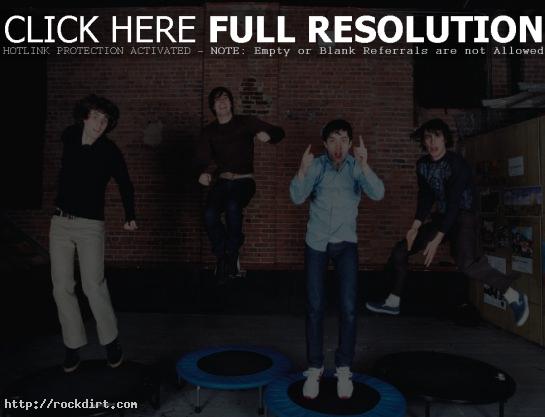 The Rapture’s secret ingredient with their freewheeling give-and-take remains elusive. Even bassist Mattie Safer himself seems to agree. “It’s funny, when I first saw Luke and Vito perform down in D.C., I knew right off that I wanted to play with them,” he tells Maya Singer of the Cleveland Scene. “But I don’t know why, exactly. When I look back, I mostly remember that they were from New York and I was moving there, and we knew some people in common. Obviously, there was more to it than that, like, their energy or something. But I’m not sure. And in the same way, I don’t think I know why the four of us work so well together, except that we really do work together. I think we all understand that we’re four people who all have visions and musical interests that we could pursue individually, but we’ve all come to the realization that right now, what we’re doing as a band is way, way more exciting.”