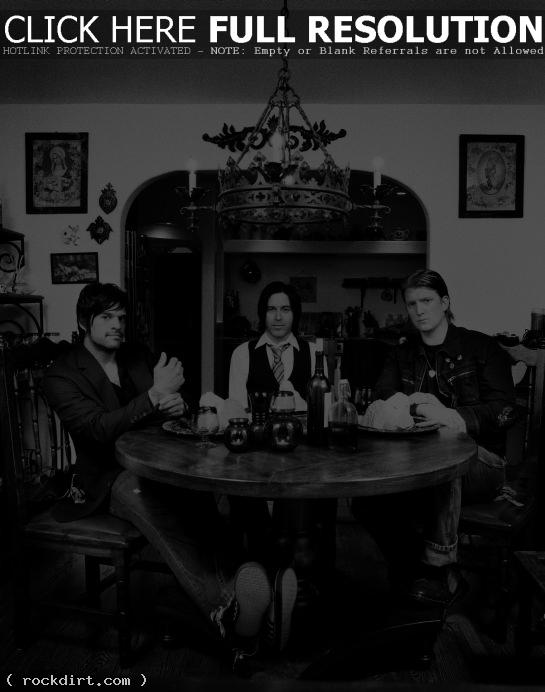 Queens Of The Stone Age dropped by the K-Rock to appear on Booker’s show on Thursday (March 24) in New York City, just ahead of their gig at Webster Hall. They talked about Cabbie getting in trouble for playing a new Queens track, Josh’s technique to get by censors, the new album getting leaked, Josh kicking Nick Oliveri out of the band, Korn’s ex-guitarist Brian ‘Head’ Welch finding Jesus, meanings behind their songs, and more. Audio at krockradio.com has since been removed.