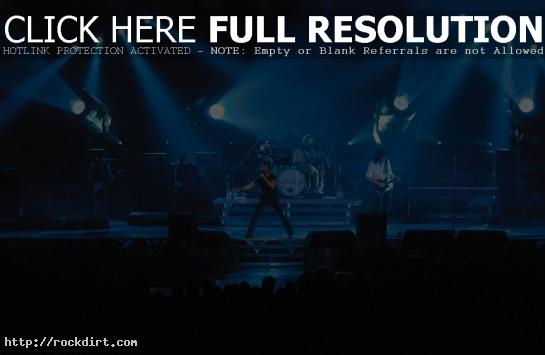 Queen perfomed in concert at Rome Palalottomatica in Rome, Italy on Monday (April 4), despite being urged not to after the Pope’s death. A statement read: “After consultation with local authorities, promoter Barley Arts decided the concert should go ahead. Band opened concert with a minute of silence.” Check out pictures from RexFeatures.