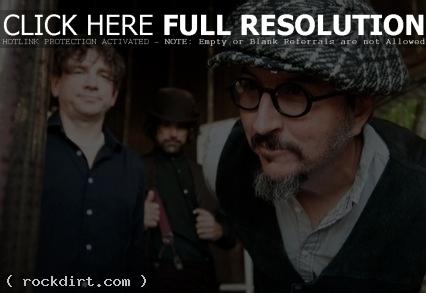 Primus recently unveiled the details for the release of ‘Green Naugahyde’, the veteran rock band’s first studio album in 11 years. ‘Green Naugahyde’ will hit stores on September 13th via ATO Records/Prawn Songs and the band will be embarking on a month-long 18-stop tour in support of the release. The tour, billed ‘An Evening with Primus’ will feature two full sets from the band and start in Boston on September 23rd before making its way west to the tour finale in Los Angeles on October 22nd.

A pre-sale for the new album ‘Green Naugahyde’ and the tour venues is currently available at clubbastardo.com. The album was produced and engineered by Les Claypool in his personal studio, Rancho Relaxo, in Northern California, and features long-time
guitarist Larry LaLonde as well as drummer Jay Lane.