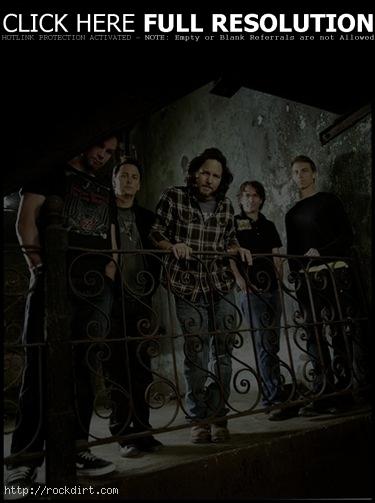 Pearl Jam guitarist Stone Gossard tells Australia’s Time Off magazine the band weren’t pressured to put together their new self-titled album, the band’s first since 2002’s ‘Riot Act’. “We don’t worry about the deadlines, we trust the process and go another session if we have to and see what happens,” he said. “Ed would take the songs away and work on his poetry until it felt right. That can be time-consuming, but when you hear the results of his hard work you can tell he put a lot into it. We took more time on it than any record we’ve ever made. I think that’s why it turned out as good as it did. We tend to – and this is my own personal opinion – to get 12 or 13 songs and say ‘Well, this is us’. Which, in the past, has taken us a long way towards not being self-conscious about our process.” The article at timeoff.com.au has since been removed.