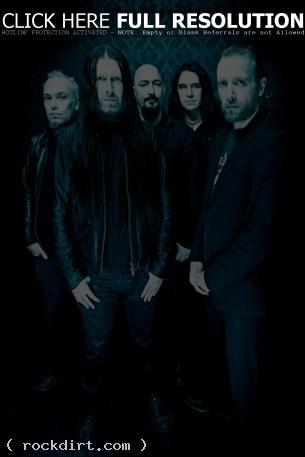 Paradise Lost have begun recording a new album after taking a trip back in time with the Draconian Times MMXI DVD/live album (the London legacy show of their classic album from 1995) and also Gregor Mackintosh’s return to his crusty doom/death metal roots with Vallenfyre. Guitarist Gregor Mackintosh commented, “We are currently holed up in The Chapel studios in Lincolnshire, England recording our new album which is entitled ‘Tragic Idol’. The album will again be produced by Jens Bogren and is influenced by classic doom metal and classic metal. I would say it is more melodic than the last record whilst retaining the heaviness. There are lots of guitar solos and melodies. The album will contain such track titles as ‘Honesty in Death’, ‘Theories from Another World’, ‘In this We Dwell’ and the title track ‘Tragic Idol’.”

‘Tragic Idol’ is scheduled for a worldwide release through Century Media Records on April 23rd, 2012 in Europe and April 24th, 2012 in North America. Paradise Lost’s last studio album, ‘Faith Divides Us – Death Unites Us’ (2009), entered the charts in over 10 European countries – most notably #22 in Germany and Finland, #29 in Sweden, and #45 in France.

Tour dates will be announced soon, but a few summer festivals have already been confirmed.