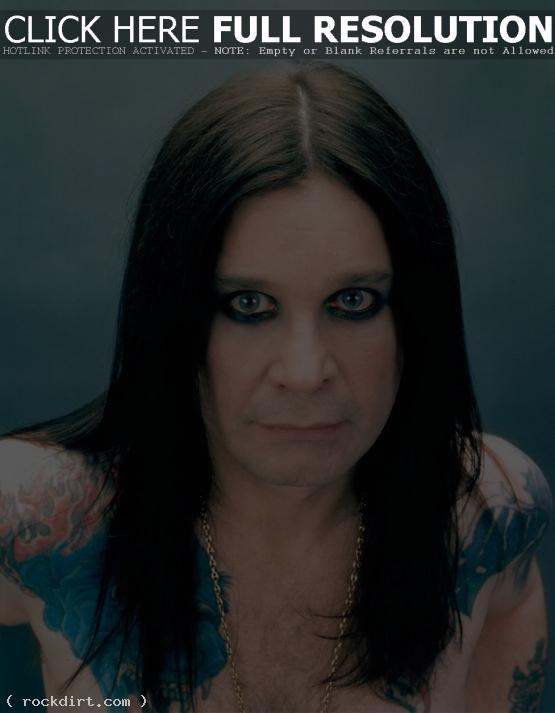 Ozzy Osbourne was on ‘Late Night with Conan O’Brien’ to promote the new season of ‘The Osbournes’ and his new box set entitled ‘Prince Of Darkness’. Ozzy discussed how he’s been sober for nearly a year, the recent break-in at his home in England, his son Jack’s latest plans on becoming a firefighter, smiley face tattoos on Ozzy’s knees that he talks to, and his wife Sharon’s obsession with moving into new homes. Read on for the complete transcript.

Conan: Okay, we’re back. My next guest is a rock and roll legend.
He was the star of the mtv hit reality series “the osbournes.” He also
has a new box set out entitled, “prince of darkness.” Please welcome ozzy
osbourne.

Ozzy: I love this studio.

Conan: Doesn’t it look nice. It’s you. They’re not like that for everyone.
This is love for you. Yeah, you look good, by the way. You look fantastic.

[ Laughter ] You don’t drink any more. How long has it been?

Ozzy: About a week.

Conan: You almost said “a week.”

Conan: Nearly a year. Congratulations, good for you.

[ Cheers and applause ] You were once — I know this about you. You
were once so desperate to get a drink that sharon used to take your clothes
away so that you wouldn’t drink. Is that right?

Ozzy: Let me tell you the story. What she would do, is she would steal
my clothes. I’d have no clothes, so what I would do, is steal her clothes
and go in her dresses drinking.

Conan: You would dress up in sharon’s dresses and go out drinking?

Ozzy: Yeah, I ended up in some pretty weird places.

Ozzy: I remember being in frankfurt, germany, one time. And I’ve got
this green evening dress on. And the guy — the guy behind the bar goes,
“you do not belong in this bar. You must go down to the bar down the road.”
I go — this is one of them transvestite bars.

Ozzy: I don’t really want to go to.

Conan: You thought you’d blend right in. Now, I’m concerned. I understand
that you were burglarized recently. Someone broke into your home?

Conan: What happened? Tell us the story.

Ozzy: Well, I sleepwalk a lot. You know?

Ozzy: ‘Cause I’m traveling around, I don’t get used to where I am, you
know?

Conan: Wait, back it up. You were sleepwalking and you’re completely
naked.

Conan: And you’re walking in your own house here?

Ozzy: In my own house, in england. And I don’t know if I’m dreaming
or it’s really happening or what, but I look into sharon’s dressingroom
and there, I open the door and I see a figure behind the dressing table.
And I’m going, “is this a dream?” So he starts to make a run for the window.
So my usual behavior would go, “sharon, you got a visitor,” and run out.

[ Laughter ] Let her deal with it.

Ozzy: Yeah, she got all of the panic buttons and all that. I got one
— my legs, I’m running.

Ozzy: So what I do, I do the opposite. I run towards — he’s trying
to get out the window, I had him in a headlock.

Conan: You grabbed this person?

Ozzy: Yeah, I don’t know what’s wrong with me.

Ozzy: So I’ve got him in a headlock and, I mean, he’s screaming. I’m
going — but suddenly the thought kind of crosses my mind. I go, “what
if he gets back in and gets the better of me?” And then also, “what if
he’s gay?

[ Laughter ] She’ll lose her jewelry and I’ll lose my jewelry at the
same time.”

Conan: So do you fight a lot of crime naked? Is that something you do?

Conan: A naked crime fighter, yeah. Well, I under — speaking of your
naked body, which I always like to get to —

[ Laughter ] You have — you have a lot of tattoos, I noticed, but someone
told me you have smiley face tattoos.

Ozzy: Yeah, well, you know, I hate being alone. I suffer from loneliness.
So I just got two little faces on my knees.

Conan: What, what’s this? Get a shot of these. Those are little — those
are two smiley —

Conan: Why do you have smiley faces on your knees?

Ozzy: When I’m pissing people off they don’t want to talk to me, so
I can always pretend they’re alive and talk to them. My son —

Conan: I don’t follow this at all, to be honest with you.

[ Laughter ] You don’t — they’re there because what? Because when people
get mad at you, what happens?

Conan: So, you have the smiley face tattoos.

Conan: Oh, okay. So it’s something everyone in the family — all osbournes,
going back.

Conan: The males in the — thousands of years.

Conan: Had smiley faces on their knees.

[ Laughter ] Now, let’s talk about jack. I read recently that jack,
your son, wants to be a fireman.

Ozzy: Yeah, he comes up with these crazy ideas from time to time.

Ozzy: Nothing to — fine thing, you know. Kelly, my daughter, just got
a new record. Jack is doing this extreme sports thing, like rock climbing
and swimming with sharks and all that stuff. You know?

Conan: Do you think he would be a good fireman?

Ozzy: I think he would.

Conan: I don’t know why that made me laugh. I just like that. You think
he would? He’d be a good fireman?

Conan: I was just — I was just repeating what you said and you laughed
when you hadn’t heard it before.

Conan: I don’t know, I just like to wander around with you. It’s fun.
Now, you — last time, I visited you at your home once. And we shot something
a bunch of years ago for the emmys and we had a good time. But I noticed
that you had to be driven everywhere. You don’t drive in los angeles.

Conan: You have taken a test in england?

Ozzy: About four or five times. But I was so stoned and loaded that
—

Ozzy: Every time. But I can drive great. But I’m —

Conan: Oh, the instructor doesn’t like you driving? You get home is
the important thing.

Conan: So, what is your problem when you drive? What bothers you? What
do you find difficult?

Ozzy: Well, back in those days, I’d drink too much booze or take too
much dope and I’d pass out. I’d just — “do a three-point turn.” I’d be
loaded.

Ozzy: No. I mean, you have cameras 24/7. You get pretty pissed off sometimes,
you know.

Conan: Right, right. So you just — now, you’re gonna look forward to
you go and you make a sandwich and there’s not a camera right there in
your face.

Ozzy: Yeah, right. But saying that, we had that dr. Phil round to do
a final thing on saturday. And we haven’t — we haven’t actually had the
film crew in the house for about four months now and they all came back.
And it was kind of like, “oh, I miss you, I miss you.”

Ozzy: We kind of made friends, became good friends.

Ozzy: And so when we bought this last one, where we film “the osbournes,”
I said, “sharon, darling — ilove you, but can we at least let paint dry
on this one,” you know?

Conan: But you think she’s gonna move you again?

Ozzy: She’s — people say you’re going move. I don’t know. Everybody
else knows but me, you know.

Conan: So she could already be living in another house and you wouldn’t
know.

Conan: You’re like, “I can’t find the bathroom.” Well, the “prince of
darkness” box set’s in stores now. And look for ozzfest this summer.

Conan: And, you know, it’s — you look fantastic. You look great.

Conan: It’s very nice to see you doing so well.