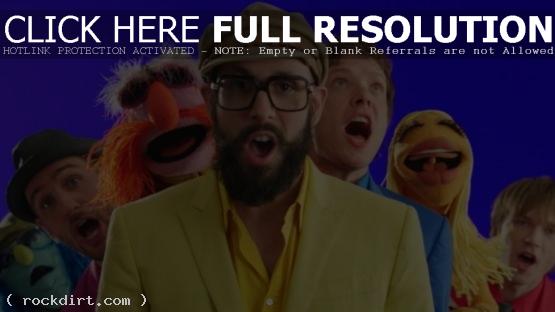 OK Go are out with the music video to their ‘Muppet Show Theme Song’ single. The track appears on ‘Muppets: The Green Album’, which is a cover album of popular Muppet songs by various artists, which include Weezer, The Fray, My Morning Jacket, Amy Lee from Evanescence and more. The album was released earlier this week on Walt Disney Records. Watch the Kirk Thatcher directed video below.