Oddland ‘The Treachery Of Senses’ Out May 8th 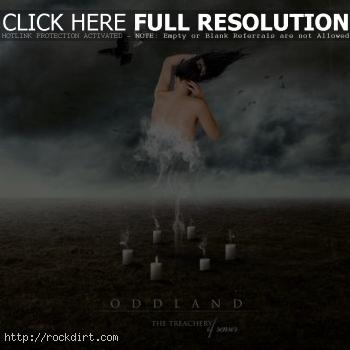 After spending months writing new material, Oddland is excited to get their new album on Century Media Records out to fans. “This record was long in the making, as most of the tracks were already composed when we got signed by CM, but even the older songs evolved a lot during pre-production. We feel that in the end we succeeded in making a great record as a whole, rather than just a collection of individual songs,” frontman Sakari Ojanen said. “Working with Dan Swanö was very satisfactory– he really helped us attain the sound we were after. Also worth mentioning is the contribution of Samu Oittinen at Fantom Studios, who helped us nail the organic sound we wanted for the raw tracks. We feel there isn’t too much of this kind of music out there so hopefully ‘The Treachery Of Senses’ won’t go unnoticed. In the end, we couldn’t be happier with the outcome– we feel we made a killer debut album.”

Oddland teamed-up with Elton Fernandes for the artwork to perfect their artistic vision for the album. The track-listing for ‘The Treachery Of Senses’ is below.
1. Above And Beyond
2. Flooding Light
3. In The Eyes Of The Mourning
4. Aisle Of Array
5. Past The Gates
6. Still The Spirit Stays
7. In Endless Endeavour
8. Sewers
9. Lines Of Silver Blood
10. Ire

‘The Treachery Of Senses’ will be released on April 30th in Europe and May 8th in North America (as a digital download only). The album’s first single will be premiered in the coming weeks.