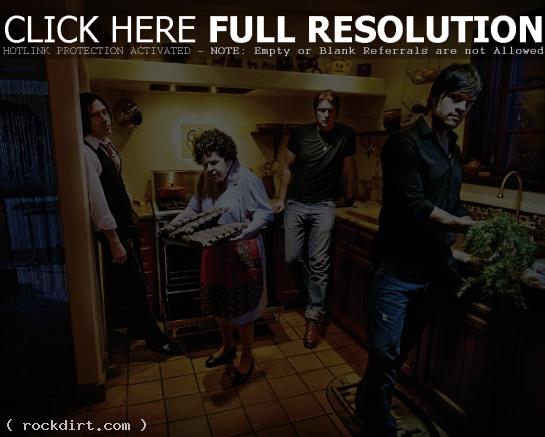 In a recent interview with PunkGlobe.com, former Queens Of The Stone Age bassist Nick Oliveri was asked if singer Mark Lanegan’s departure from the group was a major factor in Nick also leaving the band. “Well, that is quite complicated,” Oliveri said. “I was a 50 percent owner/partner with Josh [Homme] in the Queens. Josh had fired Mark after a tour in Australia, and didn’t bother to ask me my opinion. Up until this time, everything we did we made sure both partners agreed on any and all decisions. Unfortunately, Josh had me sign a thing that was supposed to be a limited liability partner agreement. Because I trusted my longtime friend (known him since age 14) I just signed it. Well, it turns out I signed my ‘voter’s share’ of the band (50 percent Josh, 50 percent me) away to Josh. In other words, at 50/50, neither one of us could vote each other out. Now, with Josh having a controlling share, he also voted me out of the band. Mark was fired for using, and I’m still not sure why he dissolved our friendship and partnership. He has said about 10 different things in 10 different mags. The fact still stands, I was fired right before the record advance for what would have been our next release came in.” Check out the entire interview transcript here.

August 6, 2005 rockdirt News No Comments Queens Of The Stone Age