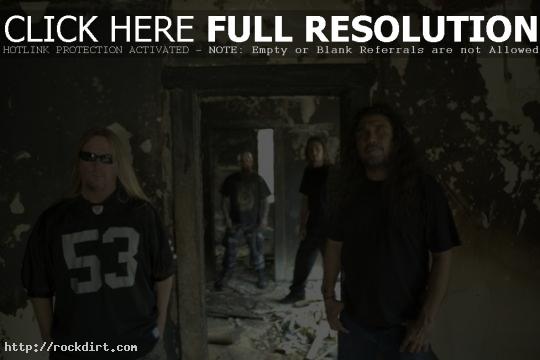 Slayer has just released footage of them in the studio recording their as-yet-untitled new album, due out July 25th:

Note: The footage has since been removed.

Slayer’s new Limited Edition Hot Topic EP, ‘Eternal Pyre’, will be available on 6/6/06. The EP contains the new single ‘Cult’, a live performance of “War Ensemble” and in-studio footage of the making of the new album. ‘Cult’ will also be available on iTunes on 6/6/06. The track can be previewed on slayer.net beginning today at 6:06am PST.