Nate Mendel: Playing ‘The Pretender’ Makes Me Want To Stage-Dive 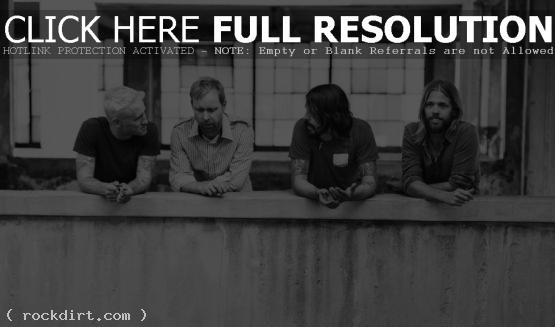 Foo Fighters bassist Nate Mendel spoke with Australia’s Time Off magazine about how it’s been performing songs from the band’s latest album ‘Echoes, Silence, Patience & Grace’, including the Best Hard Rock Performance Grammy winning track ‘The Pretender’. Calling it “one of the best songs that the band’s ever done”, Mendel said, “It’s hard for me to play – you wouldn’t know it from looking at me, because I just stand there on stage – but when I play it it’s hard to concentrate because I just feel like doing a stage-dive or something! It’s such a powerful song and I love it so much. It’s funny too, because you do an album and then you realize that you’ve got to live with this thing for a while – these are the songs that you’re going to be playing for the career of the band. So they’re with you for a long time, they’re like little sons and daughters that you can’t get rid of. That you love – that you love a lot – but you can’t get rid of them! But I feel lucky that we gave birth to children that we like.” The article at timeoff.com.au has since been removed.