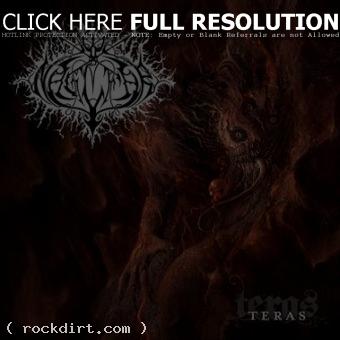 Naglfar has now revealed the cover artwork of their upcoming album ‘Téras’, the band’s first studio release since 2007. Featuring artwork by Niklas Sundin, who has already designed artwork for bands such as In Flames, Arch Enemy, At The Gates and many others, ‘Téras’ will be released through Century Media Records on March 26th in Europe and March 27th in North America with nine tracks of Swedish melodic black metal. The complete track-listing for the album is below.

‘Téras’ track-listing
1. Téras
2. Pale Horse
3. III: Death Dimension Phantasma
4. The Monolith
5. An Extension Of His Arm And Will
6. Bring Out Your Dead
7. Come Perdition
8. Invoc(H)ate
9. The Dying Flame Of Existence

The album will be available as regular CD, limited deluxe CD Digipak (including the studio bonus track ‘Tired Bones’ and a logo patch), digital download and noble deluxe 2LP with 180g vinyls, gatefold sleeve, an etching on side D, printed inner sleeves as well as the aforementioned bonus track.

Prior to the album’s release, Century Media Records will release the ‘An Extension Of His Arm And Will’ 7″ EP, limited to 500 hand-numbered copies. The EP includes the exclusive non-album track, “As Long As They Fear”. Check out cmdistro.com for the ultra-rare colored vinyl version.