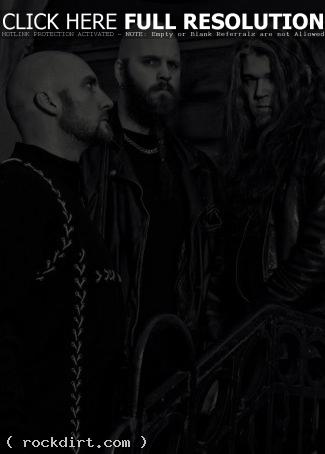 Naglfar has now revealed some additional news on the current status of the band and their upcoming studio album, ‘Téras’. The Swedish black metal band write:

So…It’s been quite some time since our last update, and there have been some changes that need to be addressed. For various reasons we won’t discuss in public, Naglfar is today a three-piece band. The current line-up is as follows:

Due to this, the writing and recording process had been delayed. We have however finally completed a new album entitled Téras. Drums have been recorded by Dirk Verbeuren (Soilwork). ‘Téras’ will be released on Century Media Records in March 2012. More info about this beast will follow soon.

In anticipation of Téras’ release, Naglfar is now giving fans a preview of their new album with the debut of its first single, ‘Pale Horse’. To listen to the track, visit the band’s official Facebook.