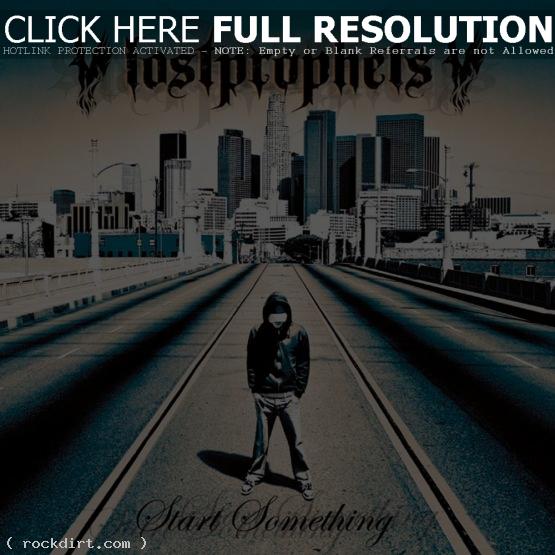 Lostprophets got a helping hand on their latest LP ‘Start Something’ from Justin Timberlake, though not in a musical way. The *NSYNC star’s the hooded, anonymous figure pictured on the CD’s cover, standing on a barren overpass in the midst of L.A.’s concrete jungle. “Our bassist knows him,” vocalist Ian Watkins explained to Steve Newton of straight.com. “It’s funny, because we tell people [that it’s Justin Timberlake] and nobody believes us. They go, ‘Oh… yeah.’ But I don’t really care whether people believe it or not.” Read more.

Update: Stuart Richardson tells e4 about the Timberlake cover model reports: “No. We were just fu**ing around in interviews when we said it. This might be the first time we’ve actually denied it’s Justin Timberlake – it’s actually Ian on the cover.”

«Ash Weigh In On The Darkness
Are ‘The Osbournes’ Over? Jack Talks To Maria»