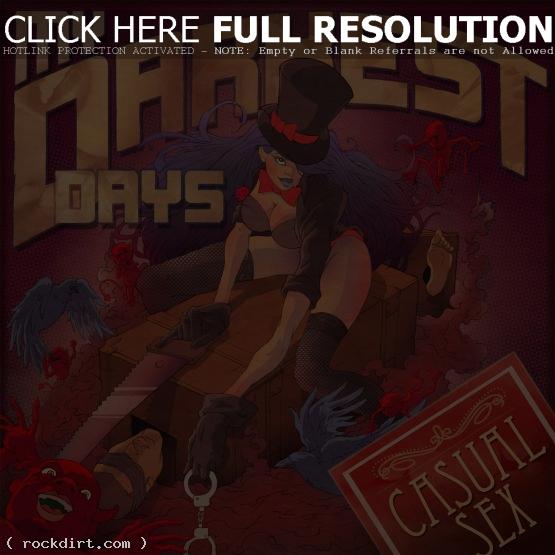 Canadian rock band My Darkest Days have returned with their new single ‘Casual Sex’, off of their upcoming sophomore album, which is due this coming spring on Island Def Jam. Listen to the track via YouTube below.

The new tune will be available for purchase Tuesday (January 17) on iTunes, while the upcoming album follows their 2010 self-titled debut, which sold more than 200,000 copies. After spending 2010 and 2011 on the road with bands like Three Days Grace, Seether and Hinder, the guys in My Darkest Days are gearing up for a soon-to-be-announced spring 2012 tour. Stay tuned for details.