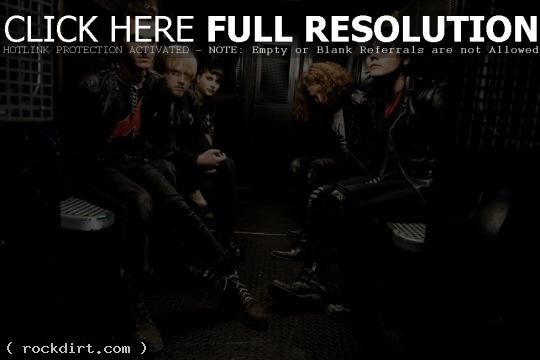 Gerard Way invited NME Video into My Chemical Romance’s dressing room just before they were about to go on stage at London’s O2 Arena. In part one of interview, Gerard talks about how the band started, how September 11th affected him and still being uncool – even now. In part two, Way talks about emotional moments on tour, recalling his prior bold claims, dealing with depression heightened by drugs and alcohol before he sobered up, no longer taking anything – even Nyquil, and what a 15-year-old Gerard would think of what he is today. Watch the clips below the fold.