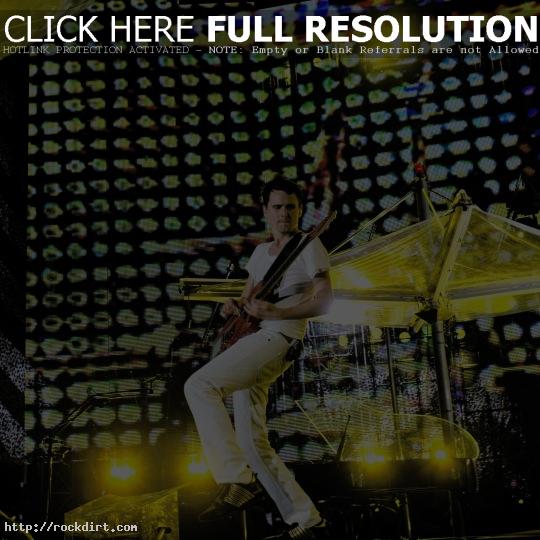 Australia’s Time Off magazine caught up with Muse bassist Chris Wolstenholme, who discussed the advantages of being the headline act of a festival. “When you go into bigger venues and you headline festivals instead of being lower down the bill you just have a lot more freedom with what you can put on the stage and the production you can take in,” he explained. “At the moment we’re doing an arena tour in the UK and Europe, so we’re kinda free to do whatever the fu** we want, really. It’s great, definitely as far as we’ve ever pushed it.” The article at timeoff.com.au has since been removed.