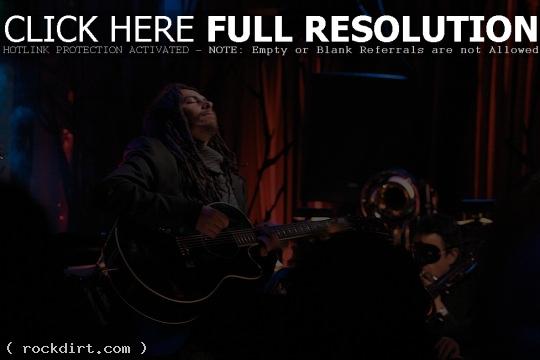 Korn fan site Korn Unleashed has published the second part of their recent interview with Korn guitarist James ‘Munky’ Shaffer, where he was asked about the departure of Brian ‘Head’ Welch and how they’ll handle performing live without him. “We will hire someone to play in the back (guitar) and David [Silveria, drums] will trigger some samples,” Munky said. Asked who they planned on bringing in for the second guitar slot, Shaffer responded, “Someone close to us already…not just some stanger. There’s not gonna be some big auditions or anything.” kornunleashed.net has since shut down.