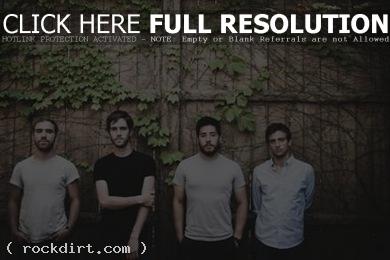 Moving Mountains wrapped up a run on the Vans Warped Tour this past weekend and are now planning for a busy fall, which includes a supporting slot on Thrice’s upcoming tour. The Westchester, New York ambient rock band has also just announced a string of warm up dates with La Dispute starting on September 25th in Indianapolis, Indiana and ending September 29 in George, Utah. The Thrice tour kicks off on September 30 in Las Vegas, Nevada and will feature additional support from La Dispute and O’ Brother. Moving Mountains’ latest release, ‘Waves’, is available now on Triple Crown Records.