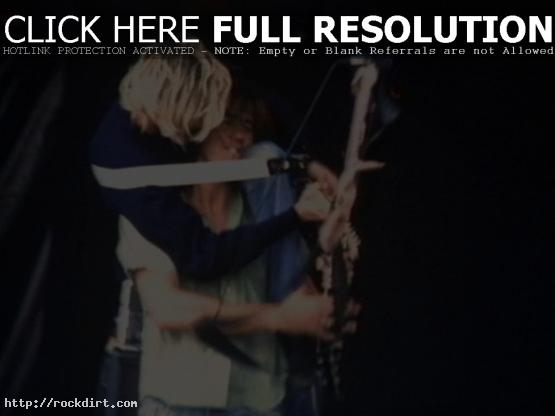 Tom Moon of the Philadephia Inquirer is sharing his thoughts on the recent claim by Courtney Love that Nirvana was Kurt Cobain’s vision alone, and that Dave Grohl and Krist Novoselic were hired hands who merely rode a genius’ coattails and should not share in decisions about the band’s catalog. Moon said, “Cobain may have provided the framework and basic themes, but he needed his bandmates – working and arguing and conscientiously mulling over the details of the music – to realize his creative vision. To say nothing of their assistance getting him to the gigs on time, more or less coherent.”

Philly.com has since removed the article.

«The Man Behind Weathered’s Hands
MTV Previews The Osbournes»