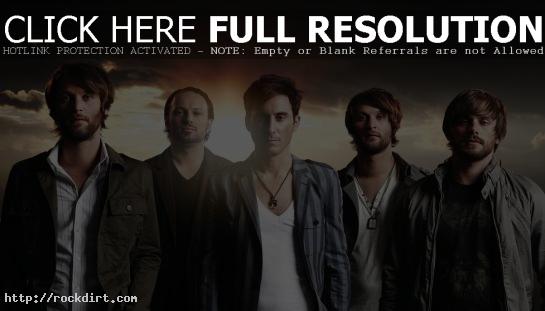 Ryan Muir and Stephen Aiello of Monty Are I visited 95.5 WBRU-FM studo in Providence, Rhode Island for an interview. The guys talked about sightseeing on tour, drinking a lot when they were younger, perfering touring to recording, needing to avoid mistakes and focus in the studio compared to what they can do live, and how their latest album ‘Break Through the Silence’ ties together.

“They definitely tie in some way lyrically,” Stephen said. “Part of the thing too for us was the last two years of our lives was as a band, we went through a lot of crap, a lot of struggle. It was basically our independent label had folded. We really didn’t have a home at that point. We got picked up on Island Def Jam, but it took so long. It really took a long time. The benefit was that we could create more, and we could expand our creation and try doing some interesting stuff on this record. It was really hard for us, and it took a toll on our band and also personally, so I think all the songs are about rising up over the struggle. One of the best things for me and us too was releasing the record. Finally being able to put it out after years of playing… Most of the songs are about this struggle and breaking silence and hope and having all these themes. It’s definitely genuine feelings put into the songs.”