Monty Are I Create Big, Heavy Songs On ‘Break Through the Silence’ 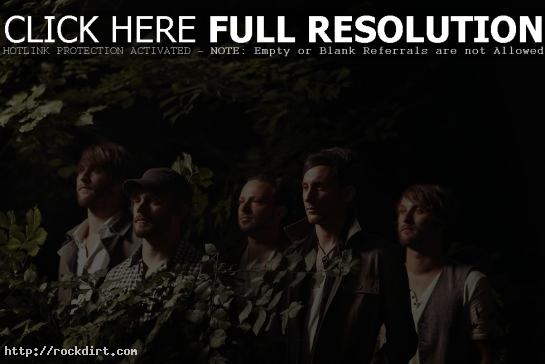 Monty Are I visited ‘The Rhode Show’ on FOX Providence in Rhode Island to do an interview and perform the songs ‘The Stand’ and ‘Sand Rider’s Dooms Day’, ahead of their ‘Break Through the Silence’ album release party later in the week at Lupo’s in Providence.

During the interview, the guys talked about how the band’s name pays tribute to Rhode Island and a teacher from school, the new album being a departure from their previous work and how they view it as their best to date, being band guys at heart and wanting to add instrumentation to the album because of it and what fans could expect at the release party.

“We put out an album two years ago (‘Wall of People’). This is definitely a little bit of a departure from what we have done before,” Ryan Muir said. “It’s more like big, heavy rock songs that focused a lot on melody and just really make it a cohesive song, so I think this album is the best album to date so far from Monty’s Fan Club Monty Are I.”