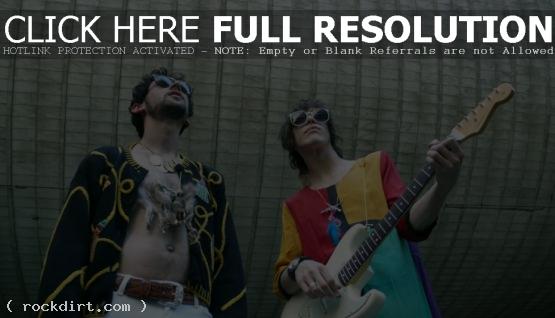 PSL caught up with Ben Goldwasser and Andrew VanWyngarden of MGMT for an interview while in Sweden, where they talked about working with producer Dave Fridmann on their major label debut ‘Oracular Spectacular’, the advice he offered them, movies they watched together, having a band for their live shows, and what happened to strain their relationship while touring in support of ‘Climbing To New Lows’, which led Ben and Andrew to stop talking to each other for six months.

The interview at svt.se has since been removed.