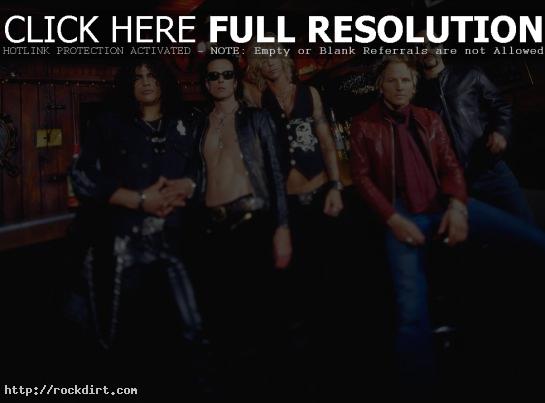 Australia’s Beat magazine caught up with Velvet Revolver bassist Duff McKagan, where he discussed singer Weiland’s battle wit heroin addiction and a painful divorce and if the experience made the group tighter. “I think it did,” McKagan responded. “It wasn’t new territory for us, it just happened that Scott was the latest of us to go through it, and it helped that he wanted to get sober, he wanted to rock ‘n’ roll. I mean, no one wants to be strung out, so he was in the right place around guys like us who had been through it and could understand. I know a big deal was made of us coming in and ‘pulling him from the darkness’, but he actually came to us and asked us for help, and once someone asks you for help, then it’s a no-brainer. Of course you say yes.”