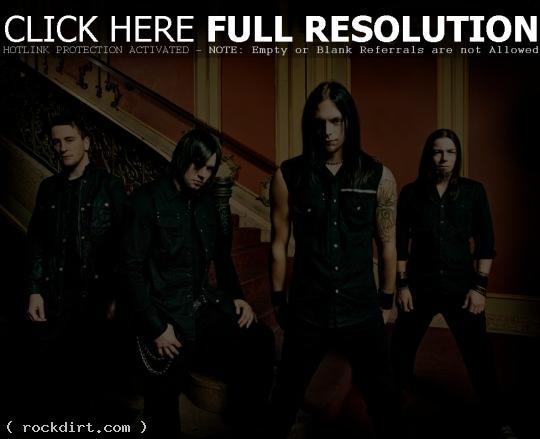 Bullet For My Valentine frontman Matt Tuck spoke with Australia’s Beat magazine about the band’s second studio album ‘Scream Aim Fire’, which he predicts will be an effort long remembered. “It’s always been about the songs as a whole and I think these songs have got the potential to be great future classics,” Tuck explained. “So that was very important for us, to have them stand the test of time. We tried to make everything a bit more dynamic on this album. [BFMV’s debut album] ‘The Poison’ was what it was because we had so many songs to choose from, from many periods and years of our lives but with this one we just wanted to take all the elements that make us what we are and how we sound as a band and just make them a lot more extreme.”

«Panic! At The Disco ‘Nine In The Afternoon’ Acoustic Video
Pete Doherty Released From Prison»