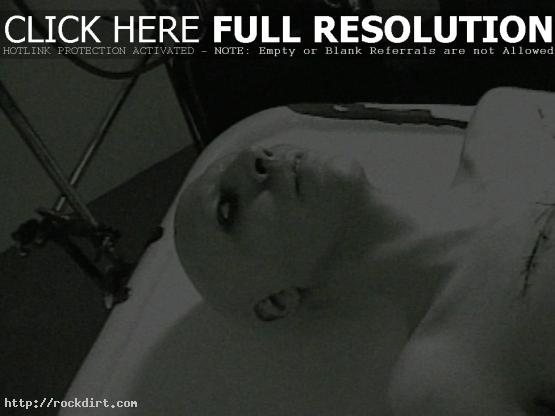 Metro caught up with Marilyn Manson for a Q&A, asking the rocker about his 19-year-old girlfriend and why he did such an explicit video with the actress. “I’m comfortable with being as crazy or out of control as anyone likes to think I am because it suits me well,” Manson explained. “With meeting Evan Rachel Wood, who is my girlfriend now, we wouldn’t have been expected to have anything in common until we just became friends. I realized that besides the fact I’m clearly the immature one in the relationship, she’s a twin in a lot of ways and her personality reflects a lot of things I felt I wasn’t supposed to be. It was at that point I realized all hope wasn’t gone. I was fortunate enough to realize this without a moment of clarity that involved religion or sobriety or flowers and puppy dogs. It was bringing hellfire and the devil back into my life – how it was meant to be – that reminded me I’m perfectly capable of existing in a hell of my own making.” Read more.