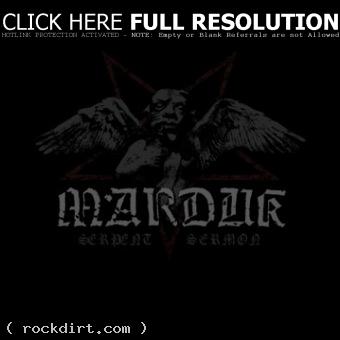 Swedish black metallers Marduk have revealed the cover artwork for their twelfth studio album ‘Serpent Sermon’, which is set to be released on June 5th in North America. See below for the exact release dates by territory.

Serpent Sermon will be available in both physical and digital formats, with an LP and limited-edition mediabook CD available exclusively via cmdistro.com. The track-listing for the album is below.

In support of ‘Serpent Sermon’, Marduk will be playing headlining shows in Chile, Puerto Rico, and North America starting May 31st. Joining them on the road will be 1349, Withered, and Weapon. A list of all upcoming tour dates is below.