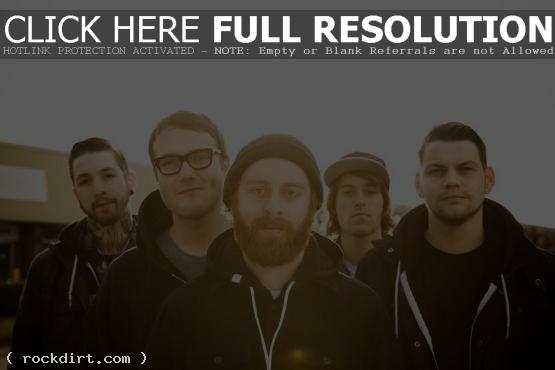 Vancouver’s Living With Lions issued a statement regarding the recent controversy over the artwork to the band’s new album ‘Holy Sh**’ on Adeline Records:

The content of our artwork for our new recording was created out of our passion for satire and absurdist humor. The lyrical and musical content of this record does not contain any commentary on religion, nor does it use a pejorative or malicious voice against any particular group of people (excluding possibly some of our ex-girlfriends).

When the idea came up to simply alter the artwork for ‘HOLY SH**’ without having to expedite the repayment to FACTOR (The Foundation Assisting Canadian Talent on Recordings), we chose to entirely return the money so that ‘HOLY SH**’ can forever remain true to the original format.

The debate about government funding contributing to potentially controversial art is neither new nor truly resolved; but when the offended public complains, the politicians habitually remind groups like FACTOR, the NEA and the Arts Council that they can pull the plug rather than encourage discourse or scholarly debate.

We would like to thank our fans, friends and family for their continued support. We’d especially like to thank some of our newer fans in the media whose stance(s) on free speech has been really influential:

“Only a fool would think that censoring and gagging someone is equivalent of changing their mind.” – Ezra Levant

May 25, 2011 rockdirt News 1 Comment
«Everything Everything At The Ivor Novello Awards 2011
Silverchair Announce Band’s “Indefinite Hibernation”»