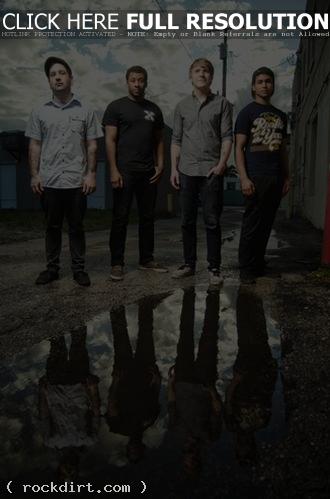 After several DIY years of establishing themselves via three critically acclaimed EPs and heavy touring, Lions Lions are taking the next step of their career by signing to Hollywood Waste Records. Lions Lions stateed:
We’re proud to be working with a label that supports diverse music. We’re excited about our new album and think it shows a side of the band that our current fans haven’t had a chance to see yet. And despite our lack of makeup, we know Hollywood Waste will be a great place for us because they feel that regardless of our clothing, good music is good music.

Hollywood Waste’s Danielle Fidelity added:
We are thrilled to announce the signing of LIONS LIONS to the Hollywood Waste roster! We feel the band fits perfectly with our philosophy and are anxious to take on the post-hardcore genre with them. The band has continued to grow since signing, both musically and as people, and we’re very excited to be the home of their debut full-length album.

Lions Lions will be heading out with Comeback Kid in May. A full list of tour dates can be seen below.