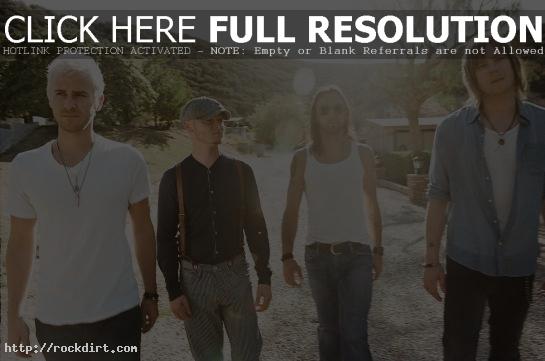 Lifehouse answered several fan questions on their Twitter account (@lifehousemusic) last month during a Q&A session. Among them:

@lifehousemusic …Welcome back! Going to any concerts on your time off? ;)

@Selena_LR we r going to go see a Few. Too many bands and great venues in LA not to. Favs are the Wiltern, El ray and Hollywood Bowl.

@lifehousemusic what are you writing songs for? Compiling a ton for the next album? :D

@hbaum10 Falling in is coming out soon, have no idea when we will record the next record but we r always writing

@rarambol answer! We like both. Just did a surprise private acoustic show at the Orange Bowl and it was refreshing after so many big shows

@lifehousemusic why do ya guys hate chuck norris? :0

@AnggaBozzo we love chuck norris. He doesn’t sleep, he waits