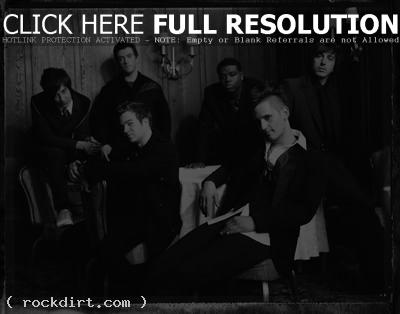 Leif Christensen of The Last Goodnight checked in with fans on the band’s blog at Myspace on Monday (July 23) with a tour journal after shows in Chicago, Minneapolis, and Indianapolis. The bassist writes:

Hey guys, this is Leif and we’re writing to you from the Midwest! The last few days out here have been absolutely crazy. We spent the end of last week making the ungodly 37 hour drive from Seattle to Chicago. I don’t know if anyone out there has had the pleasure, but I’ll tell you this… After being on the road for that long straight, even the worst bed known to man looks like the softest, most wonderful bed ever to exist…. Anyways, enough about the travel…

After that absurdly long drive (yes I’ll let it go eventually) we arrived in Chicago to play a rare daytime show. Our hosts, the wonderful people from Mix 101.9, definitely knew how to take a late afternoon in the park and turn it into a real party. Instead of playing with our usual amplifiers turned up and our drummer Skeeter slamming a full kit, we were asked to perform our entire set acoustically. It was a great way to change things up out here. All of us definitely look forward to coming back to Millennium Park in the future.

Almost as if we had missed a turn coming from Seattle, the band drove back to the home of the Metro dome, Prince, and ex-governor/wrestlers, Minneapolis, Minnesota. After walking around the city and catching up on some much needed sleep, we arrived at our venue “The Bitter End”. As a band we’ve never head the pleasure of playing in Minneapolis and we were all blown away at how great all of the fans were. I think Mike said it best, “People from the Midwest are just nice.”… and just to let you know Minnesota, I heard a rumor that we might be back in some way, shape, or form before the end of the year.

Finally, just as quickly as we got there, we left Minneapolis and shot back to Chicago to play their House of Blues. I have a personal attachment to this club because when I was 20, I flew half way across the country to see a show here. Being able to return on the other side of the stage was a surreal and incredible experience for me. Their staff was great to work with and we were fortunate enough to have some family fly out for the performance. The night was absolutely incredible for many reasons, especially because it was Kurtis’ birthday! We left with our Virgin rep Allison, and headed to a place called “The Easy Bar” and the only reason I mention the name of this place is that they played the best mix of music I think I’ve ever heard in a bar. Definitely check it out. Last night we played at the Vogue Theatre. It’s a different looking place with kind of an old west vibe but in a very cool way! The show went amazing despite the crazy feedback we had on stage that no one could figure out how to get rid of. We stayed for the whole night watched Rocco play and met everyone after the show. We are about to leave our hotel and head to St. Louis. We hope to see everyone at the show!!!!! 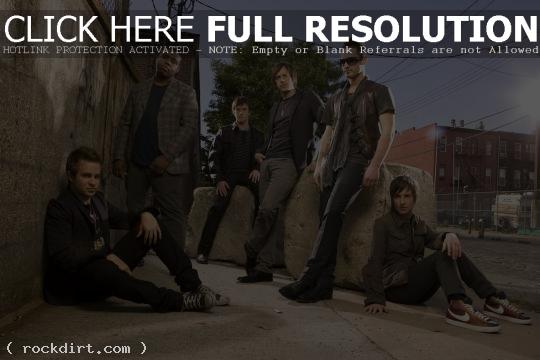