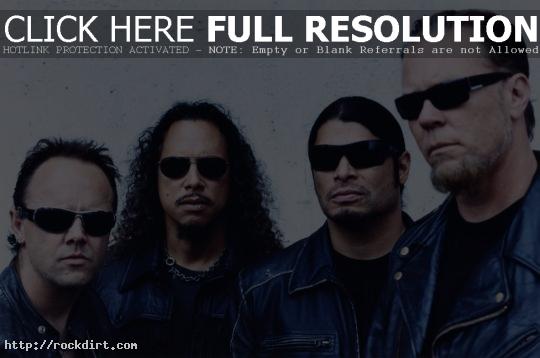 Belgium’s Studio Brussel caught up with Metallica drummer Lars Ulrich at the 2007 Rock Werchter Festival over the weekend, where he talked about the band’s forthcoming album. Lars said the backing tracks were done in May and will start vocals and overdubs in August hoping to finish in October or November. Lars predicted the album will drop in February 2008. He said, “It doesn’t sound like ‘St. Anger’ to me. It’s a little early to kind of put in a soundbite exactly. But it doesn’t sound anything like ‘St. Anger’. It’s probably a little more dynamic, and a little more varied, and it has lots of different nutty Metallica stuff on it. I don’t know.” Ulrich said not to read into talk of Eastern influences like a ‘Kashmere’, but there’s some stuff. Metallica are currently on the festival circuit, getting a break from making the new album, and Lars talked about some of his favorite European festivals and what to expect from their show.

The interview, posted Sunday (July 1), at stubru.be has since been removed.