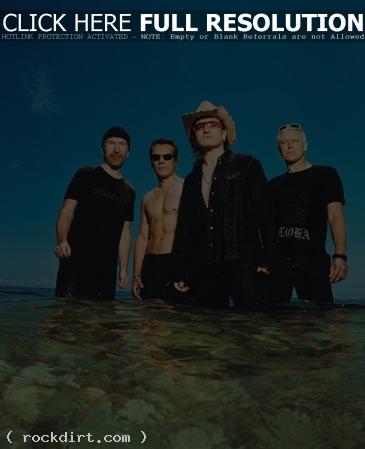 U2 drummer Larry Mullen is speaking out against his bandmate Bono for hanging out with world leaders, particularly former UK Prime Minister Tony Blair. “My biggest problem really is sometimes the company that he keeps,” Mullen tells Q magazine. “And I struggle with that. Particularly the political people, less the financial people. Particularly Tony Blair – I mean, I think Tony Blair’s a war criminal. And I think he should be tried as a war criminal. And then I see Bono and him as pals, and I’m going: ‘I don’t like that’.”

As for Bono’s friendship with George W. Bush, Mullen said that relationship was more understandable due to the departing U.S. President’s support of Bono’s HIV/AIDS initiatives in Africa and the perception that Bush is an idiot. “George Bush has been very generous to his cause,” Mullen explained. “The difference between him and Tony Blair is that Blair is intelligent. So he has no excuse for what he did. Whereas I think George Bush could find a few excuses for his behavior.” The full story at qthemusic.com has since been removed.

«Jet More Relaxed Than Ever Composing Third Album
The Dears Perform On 90.3 KEXP»