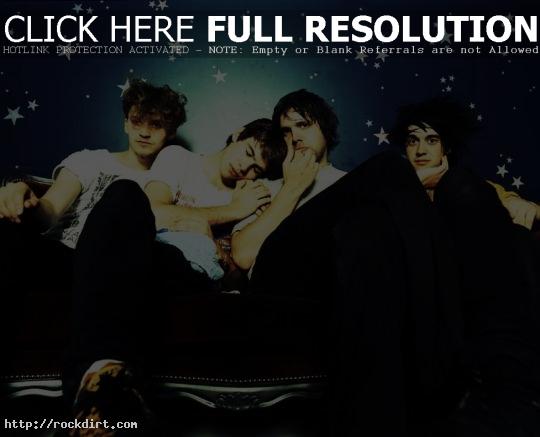 In an interview with Time Off magazine, Klaxons guitarist Simon Taylor-Davis suggests that a follow-up to their critically praised debut ‘Myths Of The Near Future’ won’t be as hard as people might think. “Listening back to it, I think it’s very exciting and makes me want to make another one,” he explained. “People often talk about difficult second albums, well we had a difficult first album – seven or eight months recording and we made everything up as we went along. We didn’t have 30 songs to pick from like other bands claim to have; we had 11, and that was it! I think that next time will be an exciting time where we’ll have a few months to really delve new worlds and push ourselves as far as we can go.” Singer Jamie Reynolds added, “I think next time we’ll just expand everything. We’ll just make it bigger and better – just keep expanding, you know.” The article at timeoff.com.au has since been removed.