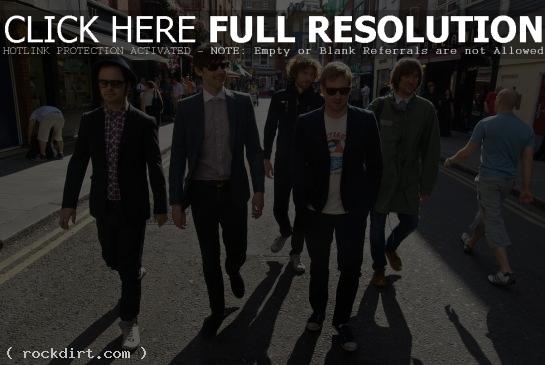 Kaiser Chiefs guitarist Andrew White spoke with Australia’s Beat magazine about throwing their fans a curveball with the release of their third album ‘Off With Their Heads’, coming less than two years after the release of their sophomore album ‘Yours Truly, Angry Mob’. “It was meant to be our year off,” White said, “and it was meant to be a surprise album, or rather a ‘let’s not talk about it for six months before we do it so by the time it actually does come out people are kind of bored with it’, and make it unexpected, so hopefully that is what we have done. People were not expecting an album from us this year and we have managed to squeeze one out.”

«Slipknot Get Heavier With ‘All Hope Is Gone’
On TV: Gavin Rossdale, Smashing Pumpkins, Coldplay»