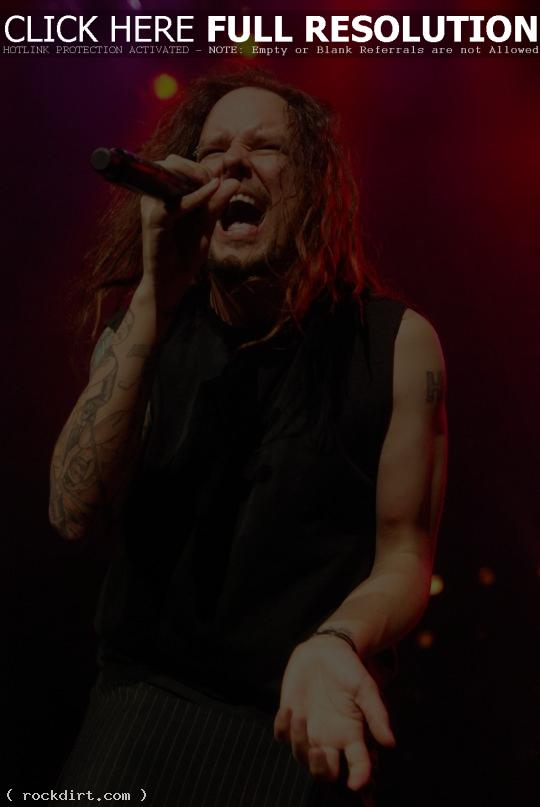 Korn frontman Jonathan Davis recently met up with Tagworld.com to talk about his record label and the future plans for the band. Watch the interview at tagworld.com/korn and read on for a transcript.

Patty- Tell us about your record label?

Jonathan- I have my record label which is Elementree Records. It’s basically an imprint now and I’m looking for a band that I really believe in and I can get behind. I hooked up with, and have always been a huge Deadsy fan and I’ve always taken them when they’ve been on different labels. I got them signed through Immortal, which is the label that signed us when we first started out with “Happy”. I love the band Deadsy, and I love giving artists a chance to get their stuff out there if they’re doing something original and is true to them. They’re one of those bands that when you hear a Deadsy song you know it’s a Deadsy song. I’m really excited about that. I’m just a music freak. I love making music and listening to music. It’s given me a chance to put out things that I like.

Patty – What’s the future for Korn after “Family Values”?

Jonathan- After “Family Values” I think we’re going to be going back into the studio and making another record. So, we’re planning on getting another one out there and then touring in Europe starting next year, and then we will be touring again for another year.

Patty – What about the sound on the new record. Is it going to be something new?

Jonathan- Yeah, it’s going to be something different. We try to change up each album. We’re not tying to do “See you on the Other Side” part two. We’re going to work with the same producers and maybe some new ones. We’re trying to do something different this time around. We’re really excited. I can’t wait to get back into the studio because I love to do this.

Patty – How has the internet played a part in your success?

Jonathan- The internet has always played a big part in our success. We really embraced it early on. We started back in the early 90’s. We were one of the first bands to do a live internet broadcast. We did a live TV show. It was called “Korn Mingling the Web.” It landed us in Time Magazine. We’ve always pioneered new technology. It’s hard to keep up with everything coming out, but we pretty much kept up and taken advantage of that. There are different sites people can go to and experience different music. It’s just amazing because there’s this huge network and everybody can get to it. Everyone has a chance to get into music, or get into movies if that’s what they’re interested in.

Patty – Do you spend a lot of time on the Net? Does it drive your life?

Jonathan- I don’t think it drives my life, but I’m on all the time surfing and stuff, and playing online games.

Patty – There are so many unsigned bands trying to make it. Do you have any advice for them?

Jonathan- Just keep playing and believe in yourself. If you’ve got something really special then go for it, it can happen. That’s what we did. We were just some guys from Bakersfield. No one knew who we were. We worked really really hard and it paid off for us.