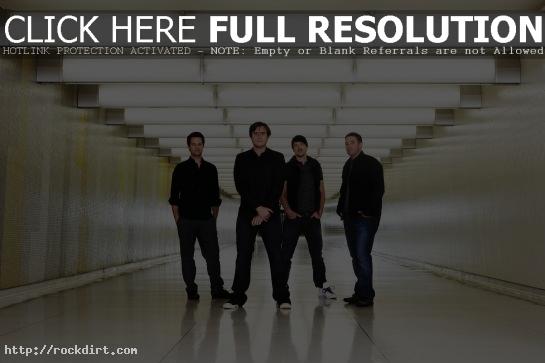 Fly Magazine caught up with Jimmy Eat World guitarist Tom Linton last month for a Q&A, asking if the veteran act finally feels like they’ve been able to shrug off that dreaded “emo” tag. “No, I don’t think so,” he admitted. “It’s funny, I was telling Jim [Adkins, frontman] the other day, like, every interview, they always ask, ‘All right, so you guys are like the leaders of emo?’ Every interview people always bring up emo. I guess we just kind of laugh at it. We think it’s funny, and there’s nothing really we can do about it.” Jimmy Eats World released their sixth studio album ‘Chase This Light’ last month on Interscope. The transcript at flymagazine.net has since been removed.